What is polycystic ovary syndrome?

Polycystic ovary syndrome, or “PCOS,” is a condition that can cause irregular periods, acne (oily skin and pimples), extra facial hair, or hair loss from scalp. The condition can also make it hard to get pregnant. It is very common – about 8 percent of all women have PCOS.

Every month multiple follicles grows from the ovary, they make many hormones, but eventually only follicle gets released known as the egg. This is called “ovulation.”

But in people with PCOS, the ovary makes many small follicles instead of one big one. Hormone levels can get out of balance. And ovulation doesn’t happen every month the way it is supposed to happen.

There are two main causes for this:

What are the symptoms of PCOS? 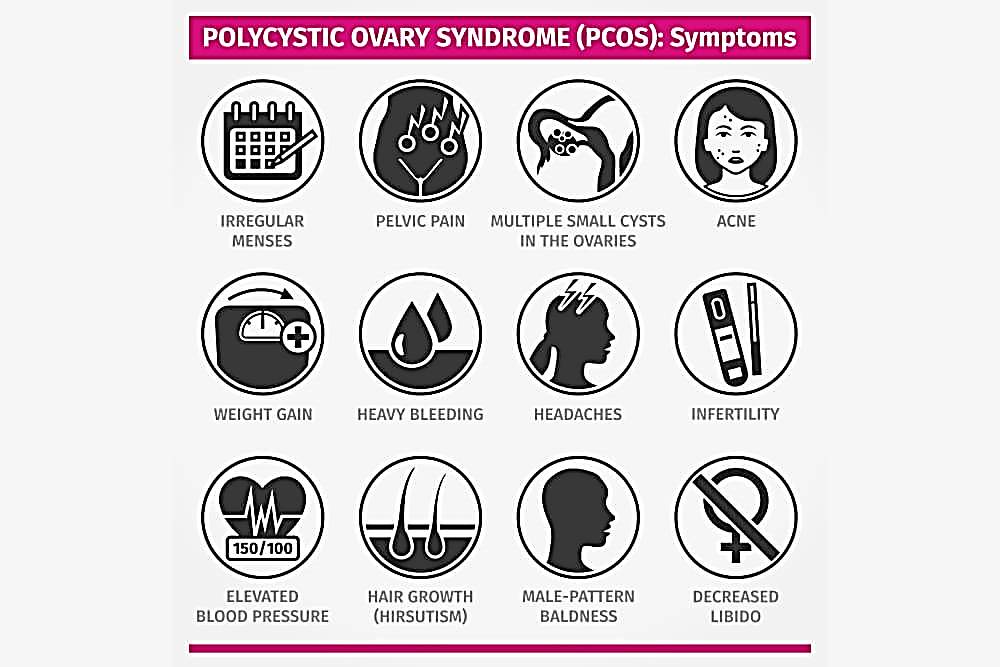 What are the other problems that I can get due to PCOS?

PCOS increases your risk of other health problems, including:

What are the tests I should do?

Your doctor will decide which tests you should have based on your age, symptoms, and individual situation. Possible tests include:

How is PCOS treated?

The most common treatment is to take oral combined hormonal pills (Birth control pills). But there are other treatments than can help with symptoms, too.

Is there anything I can do on my own to treat the condition?

Yes. If you are overweight or obese, losing weight can improve many of your symptoms. Losing just 5 percent of your body weight can help a lot.

What if I want to get pregnant?

Most people with PCOS can get pregnant, but it is usually easier for those who are not overweight. If you are overweight, losing weight can help make your periods more regular and improve your chances of getting pregnant.

If you lose weight but your periods are still irregular, your doctor can give you medicines to help you ovulate and improve your chances of getting pregnant.

Tips for a Consult

Receptionist
HormonEncore Clinic
Away
Hi, how can I help?

Let's Get in Touch

Give us a call or take an appointment, we endeavour to answer all enquiries within 24 hours on business days.